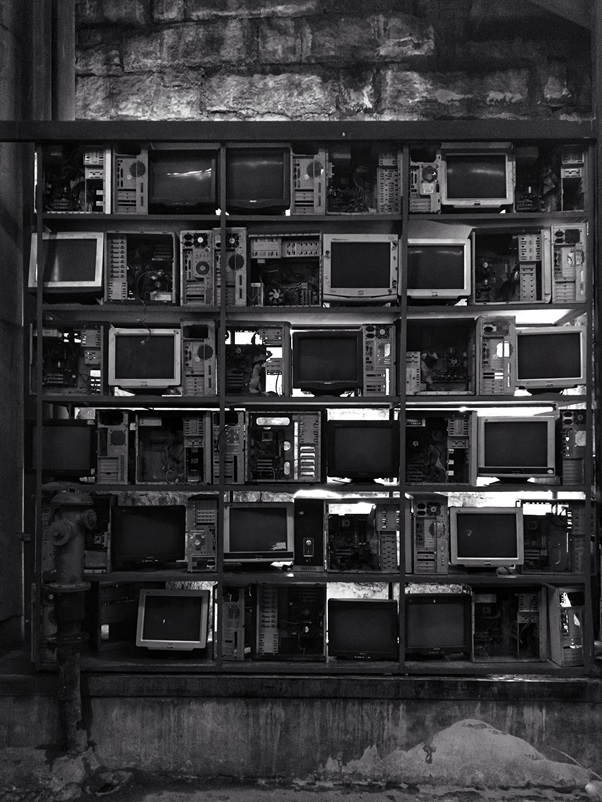 The satellites used for broadcasting television are usually placed in a geostationary orbit which is 3.911*10-9 light-years, 37,000 kilometers (23,000 mi) situated above the earth’s equator. The benefit of this orbit is that the satellite’s orbital period equals the rotation rate of the Earth, so the satellite appears at a fixed position in the sky. Thus, the satellite dish antenna which receives the signal, and works as a receiver can be aimed permanently at the location of the satellite to get the signal.

In 1945 British science fiction writer Arthur C. Clarke proposed a worldwide communications system that would function utilizing three satellites equally spaced apart in earth orbit. The first public satellite television signals from Europe to North America were relayed via the Telstar satellite over the Atlantic Ocean on 23 July 1962, although a test broadcast had taken place almost two weeks earlier on 11 July. The world’s first commercial communications satellite, called Intelsat I and nicknamed “Early Bird”, was launched into geosynchronous orbit on April 6, 1965. The first national network shown on television satellites, called Orbita, was created by the Soviet Union in October 1967.

Since the first installation of the Satellite TV services, it has made life easier. We people were easily able to know things and gather information. The picture offered by the providers of satellite television is often superior because of the way the signal is transmitted to your house. Satellite users receive a signal that is only once removed from the source. The better quality gives better visuals.

Because a satellite can transmit signals from stations around the earth, theoretically you can receive any station with which the satellite company has a contract. For that reason, satellite television providers typically offer a wider selection of channels than most cable companies.

Satellite TV is available anywhere and can be installed to face south. The wide area easily covered and the larger number of people easily gets the services without thinking about the place condition where you live, if your area close to network providers or not easily available in remote and rural areas too.

The cost for installation is low and service charges are also low, anyone can easily afford the satellite tv.

The installation of satellite tv is quite easy. The provider has to put the antenna and dish towards the south direction and anyone from anywhere can easily access it.

Satellite TV provides a large variety of shows. People living on the West Coast can watch events live when they are only broadcast live on the East Coast. This is because satellite offers both West Coast and East Coast channels.

Satellite receivers tend to have problems with a reception during heavy storms. When there is heavy cloud cover, the satellite signal tends to get weakened to the point that the reception can fail.

The purchaser can install it themselves, but it requires proper alignment to the exact line of sight and correct angle to reach a specific satellite, commonly DirecTV or DISH Network. The signal goes from the dish into the home to one receiver per TV.

Satellite TV rates are fixed based on the available local and national channel packages plus any extra purchases such as premium pay channels or on-demand movies. Satellite companies also charge for extra receivers.

With satellite, your reception quality can decrease if there’s heavy rain or snow or if the dish is bumped and the alignment moves a few degrees. An on-screen guide can usually help you re-adjust the signal, or the dish can be cleared of snow.

People who live in especially forested or mountainous areas may not even be able to find the correct line of sight or correct angle with their dish to receive the satellite signal. Without an accurate position, you do not get the service.

Satellite data signals are transmitted from powerful antennas to satellites orbiting in space and then down to personal satellite dishes in the homes of consumers who contract the service. After years technology is increasing but terrain always remains the problem.

A satellite TV gets a clear reception only when there is nothing between the satellite dish and the southern sky. Anything that stands in a signal way – a tree, building, wires, even heave rain can interrupt service. Sometimes, moving the dish even slightly can interrupt the precise alignment of a dish and can affect reception.

Satellite TV provides a greater network in all the places, whether you are on a hilly surface or plane surface. It only requires getting a stable network and proper equipment without interruption of anything that blocks the signal.